To celebrate LGBT* History Month, we will be screening Angelina Maccarone’s ‘Unveiled’ (‘Fremde Haut’, Germany, 2005). The film will be presented by Dr Helen Finch and followed by a friendly discussion.

“A series of reasons have persuaded me to go into the project; they are political, emotional and taboo related issues” says German director Angelina Maccarone.

Unveiled tells the story of an Iranian translator, Fariba (Jasmin Tabatabai), who flees her homeland after falling in love with a married woman, only to be refused asylum in Germany on the grounds that her persecution is not political in nature. Desperate to avoid repatriation, she takes on the identity of another Iranian refugee, Siamak (Navid Akhavan), who dies just before his request for asylum is granted. Disguised as a man, Fariba takes a job in a cabbage processing plant and embarks on a lonely life. She finds herself drawn to a co-worker, Anne (Anneke Kim Sarnau), who returns her feelings – but in a twist straight out of a Shakespeare comedy, Anne has no idea that the young man she’s falling for is actually a woman.

For our last event of the year, we’ve planned something a bit special. In collaboration with The Hyde Park Picture House, Birds Eye View: A Pathfinder For Films By Women, Leeds University Union and GIRL GANG Leeds, we’ve organised a full evening of filmic festivities!

Join us at 6.15 pm on Wednesday 12 June at Hyde Park Picture House to watch Olivia Wilde’s hilarious Booksmart (2019) with an intro and panel discussion, followed by an end-of-term after party at Hyde Park Book Club.

We’re also delighted to be able to offer discounted tickets for our members – that’s £4 tickets for the whole event! Get your code by following this link:
https://docs.google.com/…/1FAIpQLSd4OmxAIKXLQM1nno…/viewform

On the eve of graduation, two bookish BFFs realise they should have worked less and played more. Throwing in the textbooks and shedding their sensible personas, the girls set out on a mission to cram four years of fun into one crazy night.

From drag queens to Deutschland, we’re back this month with a screening of Wolfgang Becker’s tragicomic nostalgia-pic, Good Bye, Lenin! (2003).

Leeds Cineforum veteran and Russian scholar, Nathan Brand, will introduce the film, sharing some background information and offering food for thought before we watch it.

END_OF_DOCUMENT_TOKEN_TO_BE_REPLACED

We’re very excited to collaborate with Bird’s Eye View: A Pathfinder for Films By Women, the Hyde Park Picture House and LivItaly to bring another excellent film to Leeds. Join us at the Picture House at 6.15pm on Tuesday the 21st of January for the unmissable documentary, Shooting the Mafia (Kim Loginotto, 2019)

The film will be introduced by Mia Bays, Birds’ Eye View Director At Large, and Oscar winning producer. There will also be a post-screening “A&Q” led by Mia, during which you are all encouraged to share your responses to the film.

In the streets of Sicily, beautiful, gutsy Letizia Battaglia pointed her camera straight into the heart of the Mafia that surrounded her and began to shoot. The striking, life-threatening photos she took documenting the rule of the Cosa Nostra define her career.

SHOOTING THE MAFIA weaves together Battaglia’s striking black-and-white photographs, rare archival footage, classic Italian films, and the now 84-year-old’s own memories, to paint a portrait of a remarkable woman whose whose bravery and defiance helped expose the Mafia’s brutal crimes.

Kim Longinotto films rebels and outsiders, from a family court in Tehran to Indian female pioneers. Her many award-winning films include Divorce Iranian Style; Gaea Girls; Runaway; The Day I Will Never Forget; Sisters in Law; Hold Me Tight, Let Me Go; Rough Aunties; Pink Saris; Salma; and Love Is All. Her documentary Dreamcatcher opened at the 2015 Sundance Film Festival, where it earned Longinotto the World Cinema Documentary Directing Award.

Buy tickets for the film here.

We’re bringing the star of our ‘Top 5 Foreign Christmas Films‘ to Leeds this December!

In collaboration with our friends at Instituto Cervantes, we’ll be showing the Spanish classic, Plácido (Berlanga, 1961), for free at 7pm, Monday the 9th of December, at the Hyde Park Book Club.

Christmas has often been a period that inspires us to consider those less fortunate,  an idea that Plácido both commends and satirises. A community of old women commit to sit a homeless or infirm person at their table on Christmas eve, producing a touching as well as farcically funny results in this classic Spanish Christmas film.

On Wednesday the 23rd  of October, from 19:00-21:30 at The Brunswick, Dr Rebecca Jarman will present Lorenzo Vigas’ Venezuelan drama film From Afar (Desde allá, 2015).

From Afar is the story of an ‘amour fou’ in which the love overtakes the madness, and then both are overtaken by a Nabokovian flourish of violence: complex, subtle, with characterisation, drama and camerawork all brilliantly composed. The title hints at the movie’s emotional alienation but also a kind of rapture, a sense that the inspiration of love is nurtured by long-distance pining. With this quietly stunning first feature, writer/director Lorenzo Vigas became the first Venezuelan to win Venice’s Golden Lion, in 2015.

We’re back for another year of film screenings and discussions with a very special Scalarama event. On Monday the 16th of September from 7pm at the Hyde Park Book Club, we’ll be showing Franco Rossi’s iconic film Babylon (1980). And, once we’ve got you in the mood for some reggae, Pub Dub legend V-Ital will be playing a DJ set for us try out some moves to.

Franco Rosso’s incendiary Babylon had its world premiere at Cannes in 1980 but went unreleased in the U.S. for “being too controversial, and likely to incite racial tension” (Vivien Goldman, Time Out). Raw and smoldering, it follows a young dancehall DJ (Brinsley Forde, frontman of landmark British reggae group Aswad) in South London as he pursues his musical ambitions, battling fiercely against the racism and xenophobia of employers, neighbors, police, and the National Front.

Babylon is fearless and unsentimental, yet tempered by the hazy bliss of the dancehall set to a blistering reggae and lovers rock soundtrack featuring Aswad, Johnny Clarke, Dennis Bovell, and more.

To celebrate Labour Day, Leeds Cineforum is screening Matthew Warchus’ LGBT* historical comedy-drama film Pride (2014). Although quite recent, Pride has already become a classic in the canon of films about workers and workers’ rights.

Join us from 7 pm on Wednesday the 1st of May at Hyde Park Book Club for screening and discussion of the movie.

Set in the summer of 1984 – Margaret Thatcher is in power and the National Union of Mineworkers (NUM) is on strike. At the Gay Pride March in London, a group of gay and lesbian activists decides to raise money to support the families of the striking miners. But there is a problem. The Union seems embarrassed to receive their support. But the activists are not deterred. They decide to ignore the Union and go direct to the miners. They identify a mining village in deepest Wales and set off in a mini bus to make their donation in person. And so begins the extraordinary story of two seemingly alien communities who form a surprising and ultimately triumphant partnership. 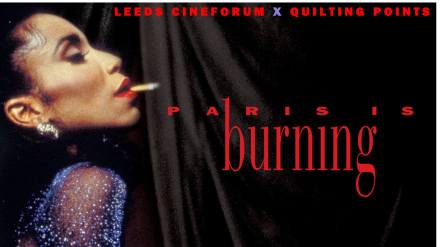 Join us from 7 pm on Monday 25 February at Hyde Park Book Club for a presentation, screening, and discussion of the movie.

The venue has disabled access and subtitles will be available upon request. We will be operating a safe space policy throughout the event.

END_OF_DOCUMENT_TOKEN_TO_BE_REPLACED

For our first screening of 2019, we are delighted to host a Basque film night in collaboration with Istituto Cervantes Leeds. Special guest Dr Miren Manias-Muñoz will present Loreak (Flowers, Jon Garaño and Jose Mari Goenaga, 2014).

Considered a foundational film in Basque cinema, Loreak won the Cine Latino Award at Palm Springs International Film Festival, was in official selection at San Sebastian Film Festival and was Spain’s submission to the Foreign Language Film category at the 88th Academy Awards.